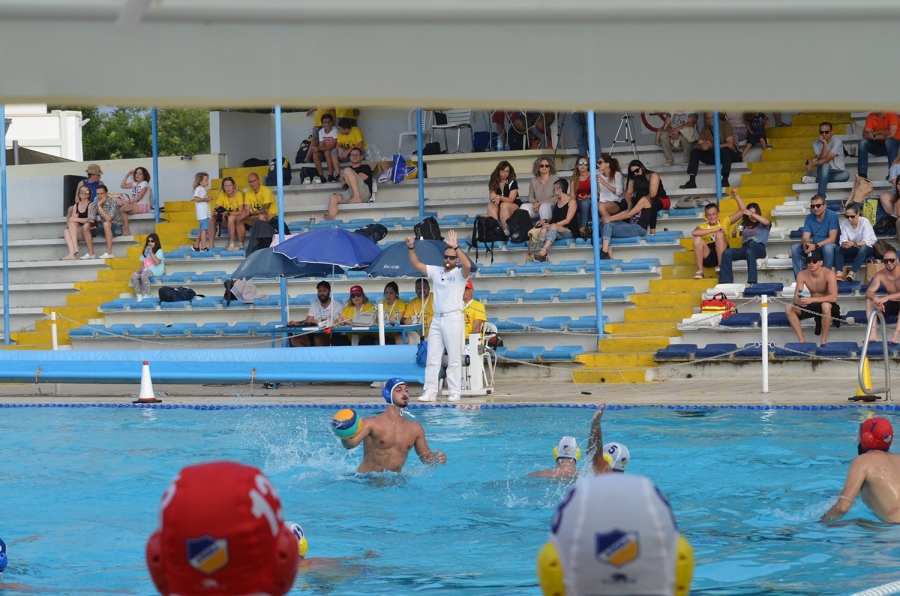 In the first game of the tournament, Lokomotiv Nikola Nanov from Bulgaria faced Kópé Uvse from Hungary in a very exciting game. The match was a real battle between the two teams but at the end it was the team from Hungary that took the win. Kópé Uvse won the game by 15-13 but both teams showed in great condition and promised more in the following games.

In day 2 of the tournament, Kópé Uvse easily won the game against the current holders of the tournament, the Israeli ASA Tel Aviv with 20-12. In the next 2 games of the day, the Cypriot double holders APOEL Nicosia celebrated 2 victories on the edge against Lokomotiv Nikola Nanov from Bulgaria (11-10) and ASA Tel Aviv (10-9). APOEL Nicosia and Kópé Uvse from Hungary have already reached the final and will fight for the cup on Sunday evening before the group stage ended.

APOEL Nicosia won the Challenge Cup on Saturday evening where the 4 clubs competed each other in 6 games of 10 attacks with an extra player. The Cypriot team enjoyed 3 victories while the rest of the teams from one each.